This website is not intended to be a witch-hunt, a platform for unfounded allegations or a method to slander individuals.

Several carnivorous plants are extinct (or virtually extinct) in the wild directly because of illegal poaching, for example, Nepenthes clipeata and rigidifolia, see www.arkoflife.net.

More and more photographs of obviously poached carnivorous plants are flooding the internet, often by sellers and nurseries charging hundred or even thousands of dollars for poached plants, including critically endangered species.

This illegal trade in poached plants is not sustainable.

For many carnivorous plant species, the reproductivity of wild populations is skewed to a few large and established individuals that produce the majority of the seeds (e.g. in Nepenthes populations, often a small number of very big specimens flower abundantly and produce the overwhelming majority of the seed). If you selectively remove these main reproductive elements (usually the largest specimens that are most appealing to poachers), the population collapses. This has happened repeatedly, as the cases of N. clipeata and N. rigidifolia demonstrate.

To make matters worse, many of the poached specimens sold on the internet are plants that are decades old, or (in some cases) perhaps even centuries old.

Illegal poaching of carnivorous plants has to stop.

Several nurseries (including some of the biggest names in the carnivorous plant community) openly sell plants that have been clearly poached from the wild, thinking it is acceptable to cash in and make thousands of dollars by driving carnivorous plant species closer towards extinction.

There is absolutely no need to illegally poach carnivorous plants from the wild… other than pure, immoral greed. 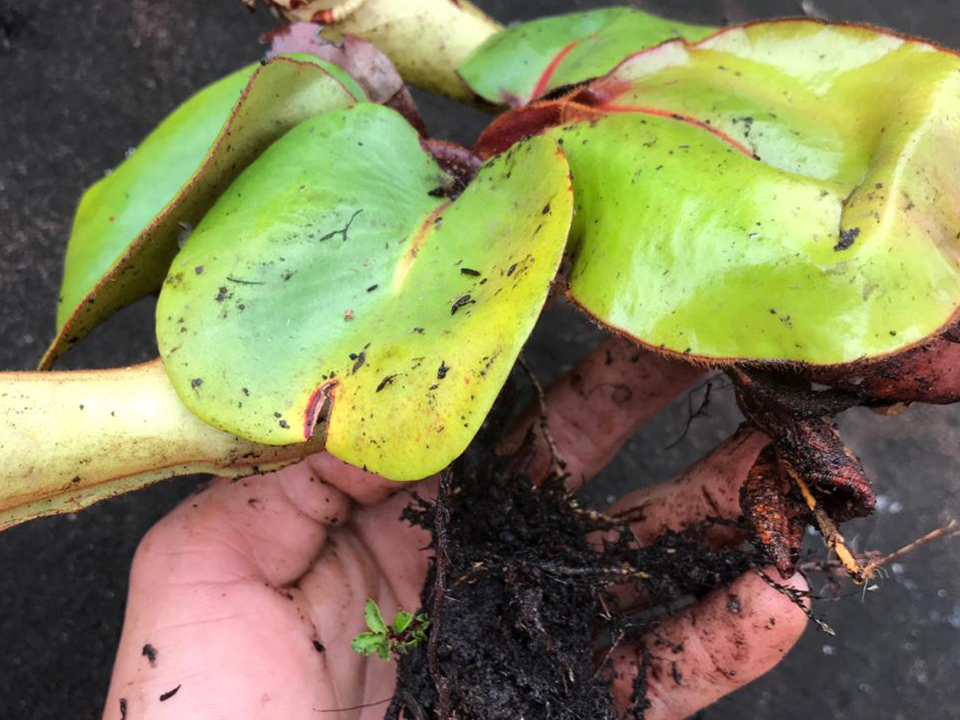 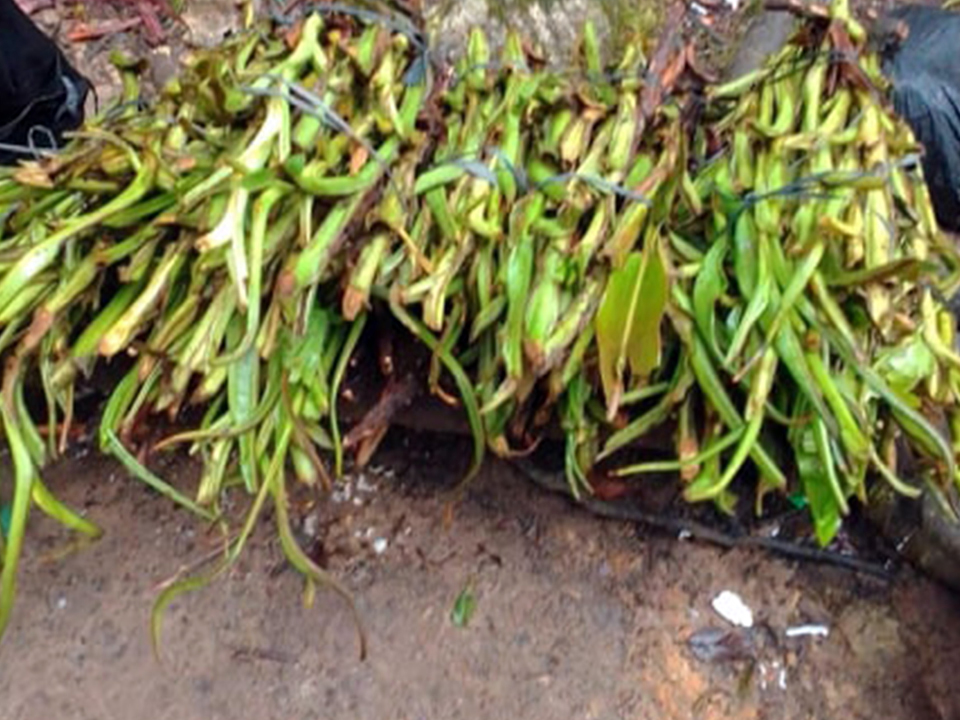 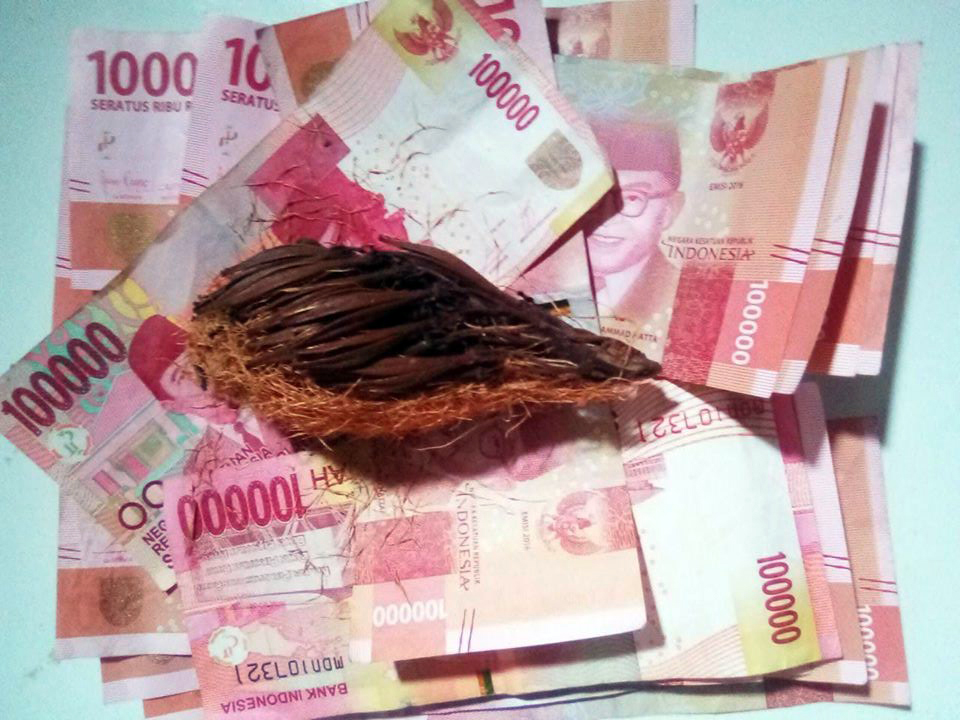 Below is a permanent record of instances of poached
carnivorous plants.

If you encounter cases of carnivorous plant poaching, please send us screenshots which we will record here as “Evidence Reports”. To do so, visit the submit report page.

Evidence reports are merely a photo with descriptive text (if available) to document a poaching incident. 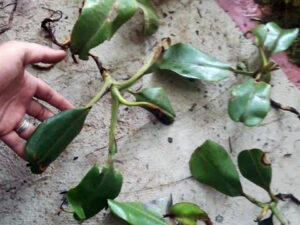 The CP Poachers team WILL NOT slander any individuals, but we WILL record clear cases of poaching, including incriminating selfie photographs or messages written by poachers that serve as proof of poaching.

By providing a permanent record of poaching, we leave it up to you, the viewer, to make up your mind on whether this is acceptable or not.

In particular, we hope to shine a spotlight on commercial nurseries selling obviously poached plants, so you – their customer – can decide whether or not you choose to buy from such nurseries in the future.

This is serious: within our lifetimes, many carnivorous plant species will become extinct if illegal poaching is not stopped. Remember, the photos shown here are just the tip of the iceberg.

Although most of the photographs currently shown here concern Nepenthes, this website is intended to cover ALL carnivorous plants.

Please submit photos if you come across poaching of any carnivorous plants.

Together… lets stop the illegal poaching of carnivorous plants for good. 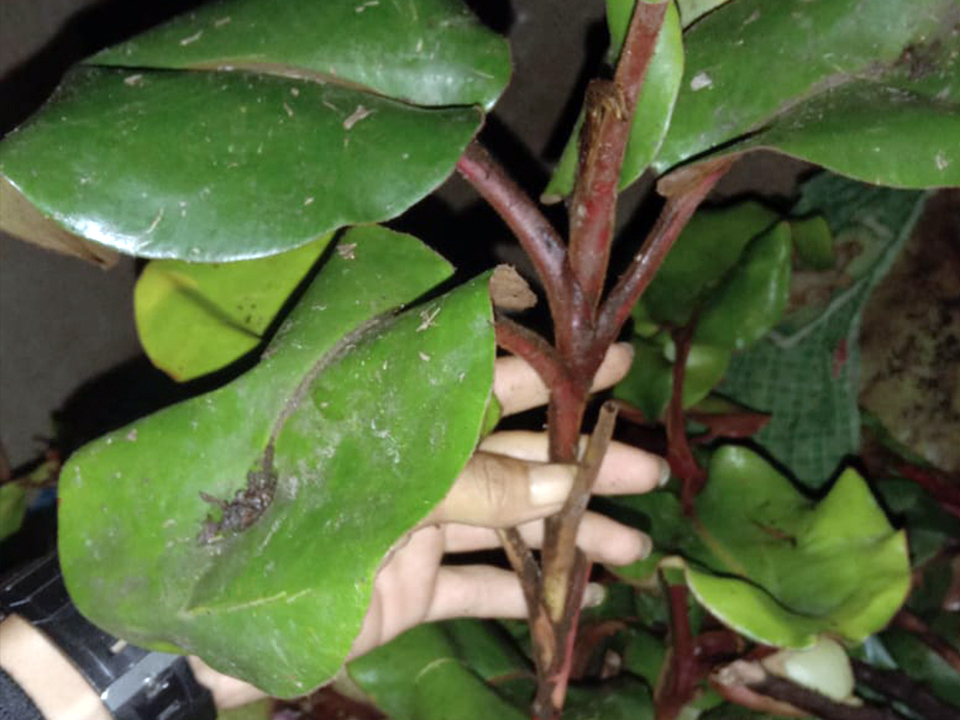 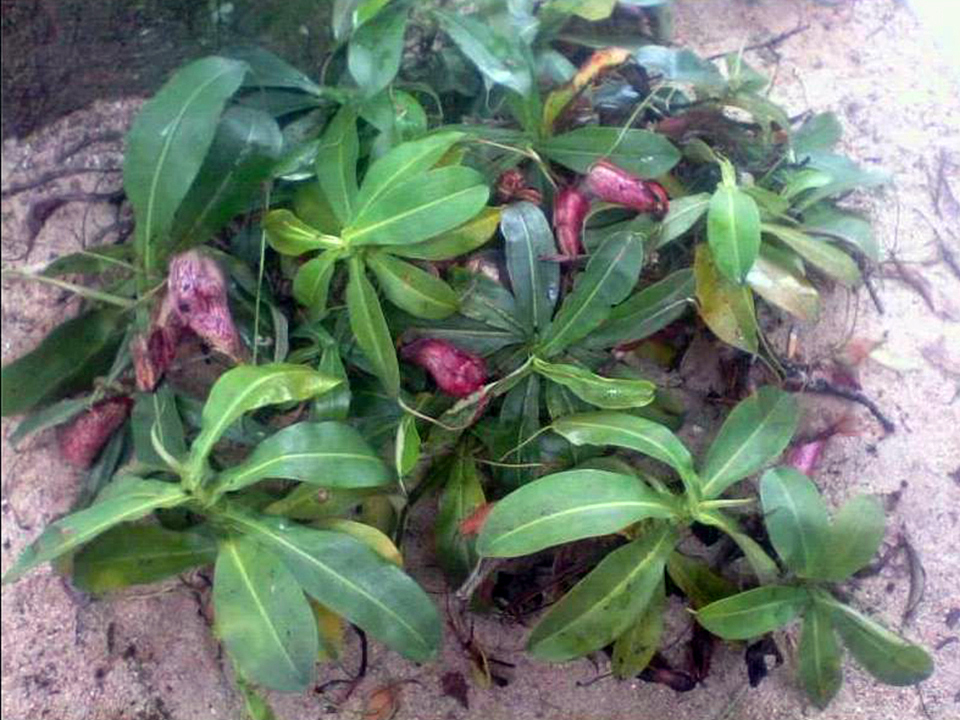 Details: illegal poaching of Nepenthes ephippiata plants on Bukit Raya, West Kalimantan. This species is included on CITES Appendix II. Illegal poaching of this plant is a crime under Article 21 paragraph 1 and Article 40 paragraph 2 of Indonesian Law No 5/1900 on natural resources, which stipulates a maximum punishment of five yeas in jail or a Rp 100 million fine. This case of poaching took place over mid-2020. The poachers took photographs of themselves whilst poaching Nepenthes ephippiata plants and even released their contact details (see screenshot of Omba Dhin, who is clearly recongisable in these photographs) in an attempt to sell the plants that they poached. This case is interesting because we can see poaching full circle. Literally hundred of Nepenthes ephippiata plants were cut down in the wild and sold, eventually, to buyers mainly (but not exclusively) in China. The poachers document their buyers in China (see screenshots of messages below – note messages from Omba Dhin). As is so often the case with poached Nepenthes, virtually all plants died in transit and were black and rotting when they arrived. So the end result is: the poacher committed a crime in poaching, the buyer committed a crime in trafficking plants listed in CITES Appendix II and wasted money, ending up only with dead plants, but perhaps most significantly… hundreds of decades-old Nepenthes ephippiata plants were thoughtlessly ripped from the wild and killed. It is not know if viable populations of Nepenthes ephippiata survive on Bukit Raya.

Details: illegal poaching of critically endangered Nepenthes rigidifolia. All known populations of this species are now extinct in the wild directly because of poaching (note: the habitats are intact, but the plants have all been taken). The CP Poachers team regard this Evidence Report as perhaps the saddest of all. Note that the poacher is specifically offering to “take” the last female plant of Nepenthes rigidifolia in the wild – as if the very rarity of this (near extinct) plant adds to its value.

In 2020, two poachers found a new population of critically endangered Nepenthes clipeata plants and were paid by Alfie Chiang (referred to as “AC” in the Jakarta Post screenshots below) to poach as many as plants possible. The poachers ripped out bags full of this near-extinct plant (which they documented in the photos they took of themselves and released online), as well as critically endangered orchids. It is not known if any Nepenthes clipeata plants currently survive in the wild. The poachers were arrested by the Indonesian West Kalimantan Police Force and admitted to selling each plant for 500,000 Rupiah (= approx US $33.50) to Alfie Chiang (see Jakarta Post article). Both poachers were charged with violating Article 21 paragraph 1 and Article 40 paragraph 2 of Indonesian Law No 5/1900 on natural resources, which stipulates a maximum punishment of five yeas in jail or a Rp 100 million fine (please see screenshot of the Jakarta Post article below). Congratulations to the Indonesian West Kalimantan Police Force for their excellent work and to all supporting government agencies in Indonesia, including the Environment and Forestry Ministry, and in particular, the Suara Pelindung Hutan (voice of the Forest Protector) community group for reporting this case of poaching to the authorities. Action like this can halt poaching by serving as a warning to others.

Details: illegal poaching of Nepenthes macfarlanei plants by Alfie Chiang from Taiwan, the owner of Fancy and Toothy Nepenthes Factory. Alfie discusses this crime openly, stating he gets poachers to climb mountains, complains Indonesian poachers cannot pack the poached plants, notes that out of 200 poached Nepenthes hamata, only 30 arrived alive (he states “I don’t care” as he can “ask them [poachers] to get more”, and perhaps most worryingly, states “if they [Nepenthes hamata] go extinct [in the wild] my collection can be more expensive”. Please remember these sentiments when buying plants for your collection.

Details: illegal poaching of Nepenthes edwardsiana plants (note the entire population of this species occurs within the Mount Kinabalu National Park – therefore this proves poachers operated within the park boundary which is illegal under Malaysian law. 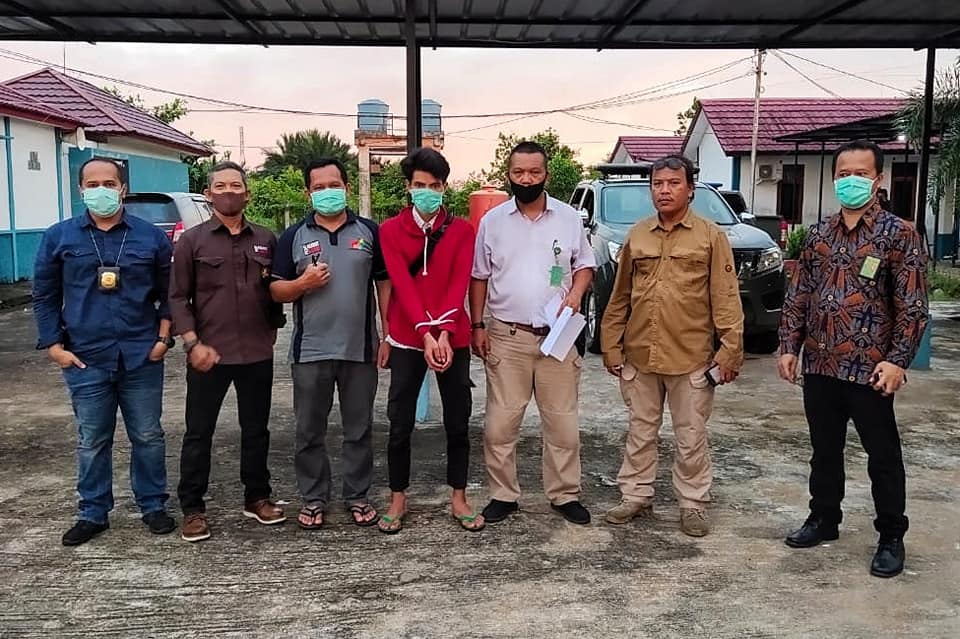 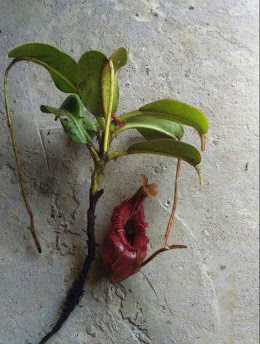 Details: illegal poaching of Nepenthes villosa plants (note the entire population of this species occurs within the Mount Kinabalu National Park – therefore this proves poachers operated within the park boundary which is illegal under Malaysian law.

Details: illegal poaching of Nepenthes villosa plants (note the entire population of this species occurs within the Mount Kinabalu National Park – therefore this proves poachers operated within the park boundary which is illegal under Malaysian law.